Ah, calories! Let me count the ways . . . that calorie-counting is a limited, grossly over-simplified, and ultimately highly unproductive way of addressing weight or health.

According to some, the key to health and a healthy weight is making sure your calories in = calories out. This is called being “in energy balance,” and, according to the USDA 2010 Dietary Guidelines, this is what most Americans are “out of.” We are fat because we eat more calories than we need—whatever that means. And the only way to NOT be fat is to “eat less and move more.”

Sounds simple enough. So why doesn’t it seem to work all that well?

Let’s start with the basics: 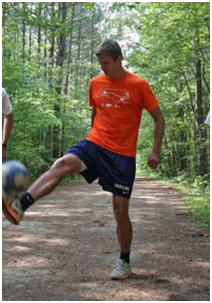 Eating less and moving more is like breathing underwater: not impossible, but somewhat awkward and unnatural. Some turtles can breathe underwater through their butts; some people can eat less and move more. For a lot of us, we are as likely to be as successful at the former as we are at the latter.

Turtles can, can you?

What? you say. But it’s SO obvious. People who eat less, weigh less; how much simpler could it be?

Except that we don’t really have a lot of data that demonstrates that this is the case. Oddly enough, this is a cross-cultural, age-independent, apparently universal, problem.

For example, for these American Indians, higher BMI is associated with lower calorie intake. 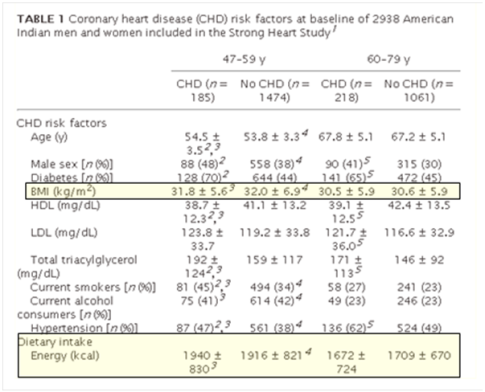 In this Mediterranean population, higher BMI is associated with lower calorie intake.

In these kids, higher BMI is associated with lower calorie intake.

Yeah, in these kids too.

As you may be aware, some researchers do have an explanation for this phenomenon: Fat people lie. That’s certainly a much more convenient explanation than examining the possibility that there is more to nutrition metabolism than “calories in, calories out.

Sadly, this lying stuff apparently starts young. In this study, the researchers concluded that the 9-year old girls under investigation are apparently lying about how much they eat:

“Importantly, this study found that the positive association between energy intake and adiposity was observed only after excluding implausible energy intake reports, but not in the total sample which included implausible reporters, the majority of which were overweight children who under-reported energy intake.”

This means there is no association between calories and overweight in the general sample. An association is only found if the researchers exclude “implausible” intakes of overweight children who “under-report” what they eat. The researchers determine which intake levels were “implausible” because they know how to calculate how much fat kids are supposed to be eating:

In other words, if the chubby little girls don’t eat as much as the researchers think they should be eating, as calculated using formulas that are notoriously inaccurate, then the conclusion is that they (the girls, not the researchers) are lying.

Luckily, the folks at the USDA are totally on top of this issue and can give us a clear explanation of what is going on:

“One would expect to find a strong positive association between caloric intake and a measure of body fatness, such as the body mass index (BMI).”

“However, nutrition studies using self-reported food intake data, such as the CSFII data, have failed to find such an association, . . . ”

Y’don’t say? Hmmm. Wonder why that could be? Maybe nutrition is more complicated than a simple energy balance equation?

” . . . primarily because overweight persons tend to underreport intakes to a greater degree than healthy weight persons.”

Oh right, I forgot. So, they’re all lying? Native Americans, people in other countries, old people, young kids (or maybe their parents)?

“Also, at any given time, overweight persons may be on weight-loss diets. ” [emphasis mine]

Ohhh.  That might help explain things. In other words, fat people either do not have the moral fortitude to be honest with themselves or anyone else about how much they eat, or they are—bravely, in the face of ridiculous odd against them—reducing the number of calories they eat.

In other words, higher BMI is associated with lower calorie intake.  The researchers conclude that:

“Intermittent energy restriction appeared to be a significant factor in the reduced energy intake reported among overweight women in this sample.”

If you are a lying fat person, we can’t really draw any reasonable conclusions from the epidemiological data we gather about your eating habits. Furthermore, weight loss programs based on “calories in, calories out” are not likely to help you because you lie about what you eat anyway.

It is just a thought, but perhaps is it time to think about whether there are other things—besides normal human metabolism–that may affect “energy balance.” Quick brainstorm list off the top of my head:

What? you say. The food we eat?

If you want to be obsessed about calories going in and out, it makes sense to figure out which foods might cause fewer calories to go in and which food might cause more calories to go out. We don’t have all the answers—and it is my personal perspective that individual response is what matters most—but, here are a few clues:

So, strangely enough, simply by choosing foods that are specifically NOT recommended in the current low-fat, low-cholesterol, high-carbohydrate diet promoted by the USDA/HHS, you may be able to alter your “energy balance” so that there are fewer calories coming in and more calories going out, without having to change anything else.

It’s time to quit condemning 9-year-old girls to a lifetime of hunger and frustration with “calories in, calories out” dieting, or accusations about them lying about what they eat, or both.

To paraphrase the immortal words of Dr. Suess:

“Calories in, calories out” will you please go now!

The time has come.

The time is now.

I don’t care how.

“Calories in, calories out”

I don’t care how.

“Calories in, calories out”

Next up: The Mobius strip of policy & the future of nutrition

14 thoughts on “Calories in, Calories out, Would You Please Go Now!”