An anonymous butt of a close friend who gave me permission to use her rump to make a point.

The comments are starting to come in:  Ancestral Health Symposium 2012 was fun BUT (and it’s a really BIG BUT), the conversation/social activities/celebrity parade seemed dominated by:

Some folks who did not fit into these categories very well are expressing that they felt excluded and marginalized. All I can say is, well, yup. It shouldn’t really surprise us, but it should give us an opportunity to look closely at why this is the case.

Buckle your seat belt—ask for an extension if you need one—it’s gonna be a bumpy ride.

Right now, “looking the paleo part” is important in the paleo community. Think: gorgeous Laura Schoenfeld  or any of the adorable white guys at AHS 2012—so ubiquitous and uniformly handsome as to be practically interchangeable (with my apologies to them all, as the individuals I did meet were charming and intelligent—yes, Dan Pardi, Colin Champ, and Ben Greenfield, I mean you). It is easier for you to become a valued member of a community if you look the part. Why? Because health, especially dietary health, is—for us middle class white people—a stand-in for character.*

“Looking the part” demonstrates to the world that you are, indeed, a “responsible good eater.” If you are overweight, if you have obvious health deficits, if you are not white, if you are old—you stray from the community’s ideal of a “responsible good eater”—no matter what your diet actually is. Not “looking the part” tars you, however subtly, with the brush of “unhealthy other.”

How did the concept of “unhealthy other” come to be?  The mainstreaming of nutrition science and the middle class’s current obsession with it emerged at the same time. The 60’s and 70’s brought us race riots, civil rights and equal rights marches, economic instability, political turmoil, sex, drugs, rock and roll, and really long lines for gas. It seemed for a while that the stature of the white middle class that was so securely ensconced in the Leave it to Beaver suburbs in the 50s was being flooded with “others,” on the verge of disappearing altogether into the muddy waters of social change. 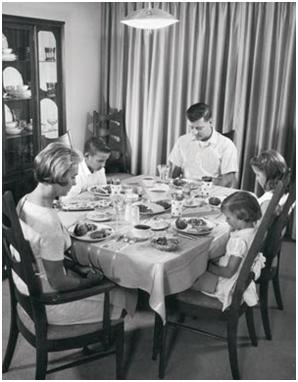 Meat, veggies, tubers, maybe some dairy. Could this be retro-neo-primal eating?

Thus, when the Dietary Goals for Americans emerged at the end of the 70’s, the middle class seized this opportunity to create a place for itself in opposition to “the unhealthy other”—we know them in our heart of hearts as “icky fat people.” And who are these icky fat people?

Black women are twice as likely as white women to develop diabetes, heart disease, and many other chronic “lifestyle-related illnesses.” “Lifestyle-related illnesses” are considered to be ones that you bring upon yourself because of your lifestyle choices, or, in the newer world of nutrition policy groupthink, are inflicted upon you because of the obesogenic environment. (A recent NEMJ article discusses how, although policymakers see obesity as a socioecological issue, fat people see it as their own damn fault, viewpoints that are not mutually exclusive nor entirely invalid, but both are built on a faulty science base that I don’t need to preach to the choir about.)

Either way, we—the white middle-class “responsible good eaters”—can place ourselves in a position of distributing, shall we say, the noblesse oblige of nutrition and health. For the middle class, nutrition and health are a way of visibly demonstrating to the world that we care. [Note:  This isn’t to say that white people are bad for caring or that the people they care about are “victims” of ignorance or genetics or social institutions.  This is simply a way to a examine a particular social dynamic that may be at play. I have seen one group of white folks after another–from veg*n to paleo– wringing their hands over the issue of obesity in underserved populations. They all mean well. But they talk about these populations from such a distance that I don’t even recognize my friends and neighbors from here in Durham, NC. ] 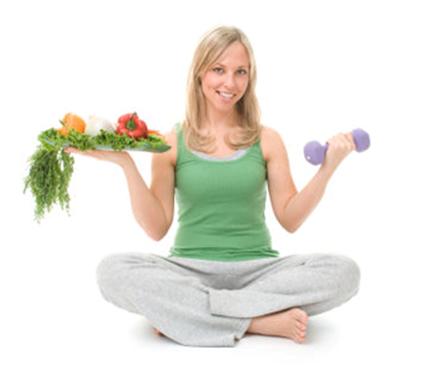 “I care about my health so I eat right and exercise right. Not only do I eat right, but I make sure my family eats right too, so that my family can be healthy and not be a burden on the health care system or society. By eating right, I also demonstrate how much I care about my world, as my way of eating right is also what is right for the environment, the economy, small farmers, and poor, fat, dark-skinned people. Lucky for me, as the world seems to be well-supplied with poor, fat, dark-skinned people, I can enter a health care/fitness/nutrition/public health/natural-paleo-farmfresh-local-food real or virtual career and be assured of many more years of professional activity and income because, well, to be honest, those poor, fat, dark-skinned people simply don’t have the knowledge or wherewithal to really care about their health, so I’m here to help them eat right and get healthy [and stop being so poor and fat and dark-skinned].”

To me, one of the most interesting and ironic things about our current “alternative” foods movement is that this type of sentiment can be applied equally well to the veg*n groups as to the paleo groups. The biggest differences? The veg*ns tend to be white ladies with organic salads and the paleos tend to be white guys with grass-fed steak. Both kinds of foods and both kinds of whiteness are equally unavailable, and perhaps somewhat undesirable, to “the unhealthy other” population. To add insult to irony, many of us in both the veg*n and paleo world were once, at least in our own minds, “the unhealthy other.” But we figured it out, got our act together, applied our intestinal fortitude and good moral character and became—visibly, for all the world to see—reformed “responsible good eaters” of the fine upstanding variety.

What are the implications of this notion of “the unhealthy other” and the middle class white folks who care so much about helping them?

“The unhealthy other” is what allows us to believe, when we see an icky fat person, “if only that person would/could eat like I do, they wouldn’t be fat.” Which means we are inclined to either:

1) Stuff “the unhealthy other” full of the nutrition knowledge that we love and cherish and if it doesn’t work for them, obviously they are just not doing it right and it’s their own damn fault

Hate to break it to you all, these are the exact same methods the current mainstream nutrition paradigm uses, and if  we limit ourselves to this way of thinking, we can expect the exact same results.  In other words, the paleo movement—as Hamilton Stapell alluded to in his AHS 2012—is destined to become just another elitist fad.

*Much of what follows borrows liberally from the work of Charlotte Biltekoff at UC-Davis, a wonderfully warm and intelligent woman who has been working on and thinking about this issue for—believe it or not—longer than Gary Taubes. She has a book coming out next summer which, IMHO, will be the social/cultural partner to Good Calories, Bad Calories.

**This comes straight from a lecture in my Nutrition of Children and Mothers class, fall 2009, by Dr. Penny Gordon-Larsen.

66 thoughts on “AHS 2012 and the BIG BUTT: Lessons in Nutritional Literacy”