I really try not to pout too much when I see lists like the one below from Jimmy Moore’s 2012 survey on “most trusted resources for the information you received about health”:

After pouring through a couple hundred names that people shared, here were the top 10 who made the list in 2012:

The reasons for this imbalance are another blog post.  Instead, I chose to channel my energies into introducing some women who are leading the way—in their own way—in the world of nutrition.  If there appears to be a  “bias” in that most of these women–in one way or another–suggest that the current “grains are great” approach to nutrition is an unsound approach to good health, you might ask yourself how much that has to do with the prevailing bias within our current, and highly unsuccessful, nutrition paradigm.  These women are leaders, not followers.

To me, they are the Chers, Madonnas  and Dolly Partons of the nutrition world, although with a few exceptions, you may not recognize their names (which I know is part of the problem). Most have them have been around the block a time or two, and they know how the game is played—and rigged. They’ve succeed by being entirely who they are—tough-minded broads, compassionate caretakers, and reluctant warriors in the cause for good health for all.

Some of these women I’ve met, some I know well, some I’ve only admired from a safe distance afar. I wouldn’t expect all of these women to agree with—or even like—each other, or me, for that matter. Some of them may be appalled to find themselves on this list at all. Oh well. I don’t agree with all that each of them has to say, but I embrace the diversity and the chance to recognize some women I think have shown us how to have the huevos we need for the work ahead of us.

So—without further ado, and in alphabetical order (why not?)—here they are.

Judy Barnes Baker came this close to getting the American Diabetes Association to publish and endorse her reduced-carb cookbook. When that arrangement fell through, she got her cookbook published anyway and went on to publish another. Like Dana Carpender (see below), she’s been making life easier for those folks who want a low-carb approach to life.

Dana Carpender is a force of nature. She’s been holding the toast since 1996, and with her technogeek husband, Eric, has been able to bring us that message over the web since the dawn of the internet. Her book and cookbooks have been a lifeline for many trying to figure out exactly how to put into practice a way of eating that makes them feel healthy and happy. And boy, does she ever have a mouth on her. Sometimes I think it would be fun to lock her in a padded room with Frank Sacks and see who makes it out intact. I know where my money would be.

Laurie Cagnassola, dog-lover extrodinaire, was, until recently, the Director of Nutrition and Metabolism Society, a leading low-carb oriented organization. She managed to gracefully meld the work she did with NMS with her own stance as a vegetarian. While Richard Feinman lambasted the entrenched interests in science and government out front, she worked tirelessly behind the scenes to build the fledgling reduced-carbohydrate nutrition community into a full-grown movement.  I expect we’ll hear more from her in the future.

Laura Dolson has been writing about the food, science, and politics of low-carb nutrition for over a decade.  As a person who “walks the walk,” her posts on about.com are an informative and realistic guide to carbohydrate reduction.

Mary Dan Eades MD is the beautiful half (okay, the beautiful half on the right, for all you women out there drooling over her husband) of the royal (protein) power-couple of the carb-reduction world, Drs. Mike and Mary Dan Eades. They are the authors of multiple diet and lifestyle books beginning with Protein Power, which helped me navigate my own personal path to health many years ago. She may prefer to focus on singing, traveling, and grandkids now, but her voice is what gave the brilliant biochem wonkiness of Protein Power its warmth, humanity, and accessibility.

Jackie Eberstein RN was Dr. Robert Atkins right-hand RN for many years. She’s soft-spoken, with a backbone of steel and a heart of gold. She thought Atkins was “a quack” when she interviewed for the job. Thirty years later, she was still marveling at the improvement people could make in their health following his diet. But she’s no extremist. She taught me the importance of making sure calorie levels on a low-carb diet were appropriate. She’s got her hands full with her husband, Conrad, a charmer who can seriously rock a bow tie.

Mary G. Enig PhD is co-founder with Sally Fallon Morrell of the Weston A. Price foundation. Her work on fats led her to be one of the first voices raised in warning about the dangers of trans fats—and she’s been battling the seed oil industries attempts to silence and marginalize her work ever since.

Mary Gannon PhD, has—along with her research partner, Frank Nuttall—been working quietly on the low-biologically-available-glucose (inelegantly known as the LoBAG) diet for a decade now, although her work stretches back into the 70s. She is persistent in her efforts to understand the benefits of reduced carbohydrate and increased protein in helping to reverse the symptoms of type 2 diabetes.

Zoe Harcombe has been researching obesity for a couple of decades now. A UK writer, researcher, and nutritionist, her book, The Obesity Epidemic, is giving readers on the other side of the pond a different perspective on nutrition.

Kimberly Hartke puts the “life” in lifestyle changes as the publicist for the Weston A Price Foundation. She’s collected enough stories from being on the front lines of the nutrition revolution to write a book, which I am truly hoping she will do one day soon.

Misty Humphrey’s warmth and humor permeate her writing and advice on diet and health.   If there was ever a way to screw up getting healthy Misty’s done it and she’s honest and funny as she tells her story and helps her readers avoid the same pitfalls.

Lierre Keith’s Vegetarian Myth is not just another story of someone who found that their favored way of eating didn’t work and—prestochango—transformed themselves and their health by discovering The Truth About Food. The power of her book lies in her examination of the beautiful myth that underlies vegetarian thinking—that we can somehow peacefully eat our way to personal and global health without any regard for ourselves as critters who—just like all other critters—must function within an ecosystem that is nothing but one expression of eat/be eaten after another. I like to put her book on the shelf next to Jonathan Safran Foer’s goofball Eating Animals, which amounts to little more than a literary snuggie for vegans (JSF considers the American Dietetic Association the very last word in science-based nutrition information <guffaw>). I expect The Vegetarian Myth to simply drain the ink off the pages of Eating Animals out of sheer proximity.

CarbSane’s Evelyn Kocur, shows us–and the rest of the world–what the focused energy of one cranky woman who thinks we’ve been fed a load of crap looks like. Although I’m not a fan of her style—after years of listening to my mother scream, even reading someone else’s raging makes me want to hide under the bed—I can nevertheless admire the no-holds-barred way she skips the warm fuzzies and goes straight for the jugular. I really wish–every now and then–that I could pull that off.  Even when she’s missed the target by a mile, I have to give her credit for sheer firepower.

Sally Fallon Morrell is the director and co-founder (along with Dr. Mary Enig) of the Weston A. Price Foundation. Sally Fallon Morrell is a mother of four and a force of nature who doesn’t mince words. She’s ticked off at least one person in the paleo movement with regard to her stance on saturated fat, but—as far as I can tell—he’s ended up changing his position on the subject; she hasn’t changed hers.

Patty Siri-Tarino, PhD, is lead author of the meta-analysis on the lack of association between saturated fat and heart disease that changed the nature of conversation about nutrition and prevention of chronic disease. 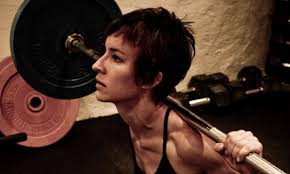 Krista Scott-Dixon is the first person I found on the internet who said lifting big heavy things is for women too. She taught me—and countless numbers of other women–how to squat and that feminist theory and nutrition do so go together. And she makes fart jokes. You could really just not bother reading anything else I write and just read her stuff. Case in point: a free e-book entitled, Fuck Calories. (As Krista says: Yes, this book has cuss words. Many of them. Deal with it. Hey, it’s free. You get what the fuck you pay for.) Could she get any cooler? She’s married to a rocket scientist. 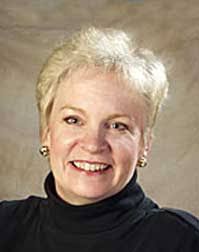 Mary Vernon MD has been at the forefront of reduced-carbohydrate nutrition for many years as a leader at the American Society of Bariatric Physicians. This group has partnered with the Nutrition and Metabolism Society to encourage conversation within the scientific/academic/clinical setting about reduced-carbohydrate nutrition: its pros and cons; the science behind it; and its clinical application. When national nutrition policy eventually catches on, it will be due in no small part to the fact that Mary Vernon and ASBP have already been offering this nutrition option to patients for years.

Regina Wilshire is the inspiration for a folder on my desktop entitled, Regina Brilliance. She is full of common sense and uncommon smarts. Wife, mother, and tireless blogger, her Weight of the Evidence (now on facebook too) has been a resource for intelligent and insightful commentary on nutrition since 2005. In the midst of the PubMed duels we so often find ourselves wrapped up in, her posts on eating well on a food stamp budget bring a welcome reality check.

Daisy Zamora PhD fought battle after battle (a story she’s agreed to let me tell one day) to publish her groundbreaking research on why our one-size-fits-all diet may be especially devastating to the health of minorities. It is not difficult to imagine why the powers-that-be would not want this indictment of the failure of our dietary recommendations to be made public. But beyond being a quiet crusader for rethinking our current dietary paradigm, she recognizes the importance and centrality of food in our lives and health. You have no idea how rare it is in the world of academic nutrition experts to find someone who eats and cooks and talks about food—as opposed to nutrients in food—and, get this, appears to actually like the stuff!

Let me know who’s on your list, or who I should add.

Plus, if that’s not enough, I found that, in putting together this list, many of the women I admire in the field of nutrition are–gasp–Registered Dietitians. Since RDs catch so much crap from the rest of the alternative nutrition community about being mindless-Academy-of-Nutrition-and-Dietetics-robots, I thought I’d put together a list of RDs who have inspired me to continue to work towards better health for all, despite our own professional organization’s insistence on using USDA/HHS policy as if it is science and its wince-inducing reliance on both food and pharma funding.

Next up: Where the Women Are, RD edition.

44 thoughts on “Where the Women Are, Nutrition Edition”